3 Stages AT LAUNCH? or 3 Stages PERIOD?

Seriously, I’ve seen this discussed ever since the pre-orders came up, and it’d be good to have an answer.

Yup. 3 stages is all we get for the entirety of the season.

I really don’t mind this. Fighting games these days, usually do have less stages then characters. The only one I can think of with the same amount or more is Smash, which pretty much exists to brake all of the rules.

I guess I’m okay with it if it IS only 3 stages. Still, I would’ve liked for Rash to have a cool stage, if nothing else. Any other character at this point is either a guest character or original, and as much as I love the additions IG and DH made to the cast, I’m less excited for them by default, and if the rumors are true, one character can share Maya’s stage and another can basically share Arbiter’s. (Not naming any names here, but I’m sure you can guess.

I need to mod this game crazy with new stages.

KI, like most Microsoft pc games, is probably going to be mod proofed. Also moding is illegal.

Modding is only illegal if there is intent to sell it without permission from the creators and there’s no ability to pirate it. If MS or IG want to mod-proof their games, that’s fine, but if someone makes a mod there’s nothing either company can do about it. 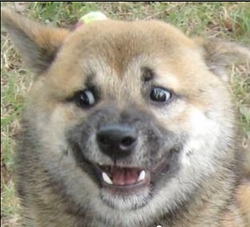 Only mods I’m looking forward to (if it’s possible) are fixes for some of the awful retros.

I like S1’s retros. They’re not all dynamite like Glacius and Spinal, but they’re all pretty good, at least.

Also, if I hear talk of doing a “Real” Thunder retro, I may vomit.

A real Thunder retro sounds like a great idea!

… and not sure which retros you remember, but Sabrewulf IMO is still offensively bad.

and we also have fat Fulgore…

Maybe if we cry enough they’ll give them to us later, or we might have to community fund them.

Nah, Fulgore’s classic is leagues away from his actual retro look. Face and body are way fatter than they should. But hey, that’s away from the topic slightly_smiling:

Yeah, fat fulgore is Just a troll from DH.